EMERGENCY AID.
I NEED HELP FOR A NEWBORN AND HER MOTHER. THE UCI IN STATE ARE CRITICAL. THE BABY IS FLAME “NELO” AND MOTHER “ADRIANA”. THOSE WHO KNOW THE MANTRA OF THE BUDDHA OF MEDICINE THAT IT RECITE. WE MUST SEND THEM LOTS OF ENERGY. THANK YOU OF HEART. A HUG. (Translated by Bing) 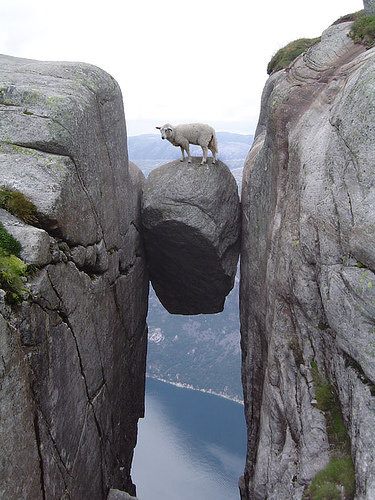 Venerable Tharchin: See the utter humilty of this beautiful being.

“Distraction is the worst enemy of our spiritual life.”—Ven. Geshe Kelsang Gyatso

See more of Diane’s dance videos (very painterly, experimental) on YouTube. Go to its searchbox and enter “Diane and Teramana” to see 34 of her works, with more coming.

On a Curve in the Tiber

The bus throttled to the middle of the bridge and stopped. Pressed to a wide lean with packed bodies swaying to the bus’s front then back, I hung like a monkey from the ceiling strap. I tried to be nonchalant in the forced intimacy of bodies, flush as lovers, with mine, a fully clothed ménage à trois, unconsented to by at least one I looked straight out the dust coated window. All color equalized to tannish brown: tops of cloud-blasting cars much larger than their cigaretted inhabitants, pocked marble bridge rail, murked water of

the Tiber. Obedient liquid stroked the controlling walls as it slid past. Supports of the next bridge further down severed the solid mass of the watery body, a fallen column hewn to impotence in three willowy ribbons. The column had no hope in its encounter with stone walls, spewing off the supports in curves as clean as streams of blood from the surgeon’s knife to the vein, the curves from either side meeting each other in back of officially staid marble, happily intertwining in a dirty froth, dashed to shoveling curves, to pitiful circles powerless to complete themselves, shifting and merging tumbling over each other in dirty new abandon they had never known. Renaissance steps. Strips of white marble bordering cubes of black volcanic stones, easy to descend, a long ramp with subtle and regular drop. A city worker, gray-haired man with blue workcoat. Sweeping up dumpings dropped from high walls holding the city out of the river. The air had a subtle stink to it, not quite saturated with fumes of rot he shoved along with a broom of bound-together switches. Strewn bones, chewed clean of their meat, legs, spines of chicken carcass, red with the residue of blood staining bone-white, plastic bags billowing crinkly in the mild wind, pale blue sails sprinkled with coffee grounds caught against masts of dry leafless stalks scratching the wind in shivers back and forth. Determined plants shoved between the stones, thriving in barren decoration of droppings from above. Orange peels, edged with fine brown, a veil shrouding them, orange life beginning to conform to earth brown. (O Roma! Thy bounty and beauty!) Another plastic bag burst open on the stones, split like a body’s skin, dashed open, styrofoam plate swelling through the wound, tomato drippings, husks of pumpkin seeds, discarded shells, the skin, left to the lonely task of rotting, bones that carried the meaty life, stark in their fall. And the river. Green mucous-slide moving at the pace of a fast walk, mindless flow of water, ordered to fallen column-shape between the walls of the banks, surface of desert green slides in silence, like masses of people, heads, drugged, flooding to drop over the rocks under the bridge. A metal car muffler floats by. It does not bob or drift but moves with purpose. Rides forward at confident speed. A marble slab of bridge support leads around to become a precipice, cliff’s edge over the turn in the river. An open space white marble meeting the asphalt sidewalk, under the arch of the bridge. Underbrush covers a section, washed to one direction when the river was swollen. Bits of indestructible plastic wrap caught on its branchy twigs but all dried to stiffness and swept one dry direction. A hypodermic needle. And then another. Two of them flush, like lovers, spent. Blood in tiny stains on the needle of one. Blood pulled into the needle, backed up the syringe of the other. Littered like smoked up cigarette butts. A drizzled condom unfurled like the shed skin of a snake. On the asphalt under the bridge. (O love!) And then the frescoes: a black scaled dragon, its head a human hand, each finger a circumcised penis head with a face, five bald men, big-eyed with droopy folds of skin.

Signs on water-stained walls. I am leaving, retreating, running, fleeing back, above, where people walk over the bridge, cars toot, bleat, rush fierce at street level. Buses roll up, several, to a middle strip of pressing people. I climb onto one marked “Coliseo.” A girl, her legs crossed and propped in the back seat of the bus, sleeps with her head in her father’s lap. Her father holding a limp pink toy. She sits up, a dazed faraway, otherworldly look on her face. A dim soft world. Smooth and warm as the skin on her face. Her father smooths the hair from her forehead. Soft brown hair touching her cheeks in loose curves.